Posted on October 25, 2019 by Nanthakumar Victor Emmanuel Leave a comment 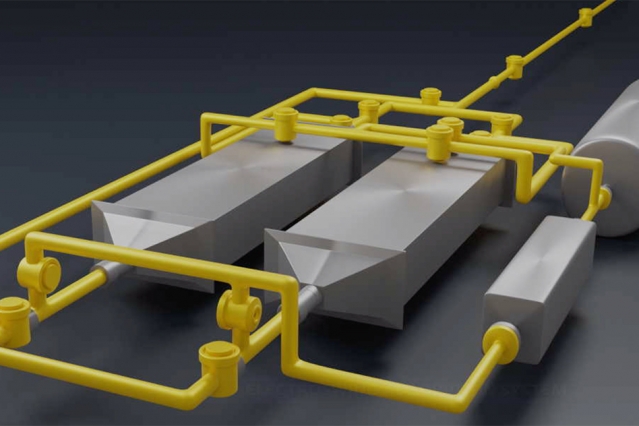 A new way of removing carbon dioxide from a stream of air could provide a significant tool in the battle against climate change. The new system can work on the gas at virtually any concentration level, even down to the roughly 400 parts per million currently found in the atmosphere.

Most methods of removing carbon dioxide from a stream of gas require higher concentrations, such as those found in the flue emissions from fossil fuel-based power plants. A few variations have been developed that can work with the low concentrations found in air, but the new method is significantly less energy-intensive and expensive, the researchers say.

The device is essentially a large, specialized battery that absorbs carbon dioxide from the air (or other gas stream) passing over its electrodes as it is being charged up, and then releases the gas as it is being discharged. In operation, the device would simply alternate between charging and discharging, with fresh air or feed gas being blown through the system during the charging cycle, and then the pure, concentrated carbon dioxide being blown out during the discharging.