#US to work with #Australia, #Canada to cut reliance on #Chinese minerals 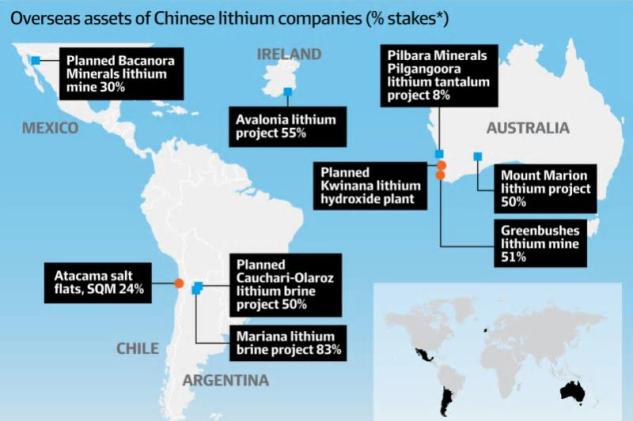 Washington: The United States will team up with Australia and Canada to help countries around the world develop their reserves of minerals like lithium, copper and cobalt, the State Department said on Tuesday.

The move is part of a multi-pronged strategy to reduce global reliance on China for materials crucial to high-tech industries.

Washington has grown increasingly concerned about its dependence on mineral imports after Beijing suggested using them as leverage in the ongoing trade war between the two countries.

Disruption to minerals trade would interrupt the manufacture of a wide range of consumer, industrial and military goods, including mobile phones, electric vehicles, batteries, and fighter jets.