Posted on April 22, 2015 by Nanthakumar Victor Emmanuel Leave a comment 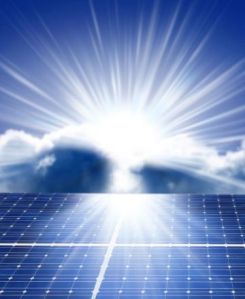 General Electric Co. agreed to invest in a 42-megawatt solar project in Japan, its third in the country this year.

The solar farm in Futtsu City, about 67 kilometers (42 miles) southeast of Tokyo, is also backed by the Japanese renewable-energy developer Green Power Investment Corp. and four banks led by Bank of Tokyo Mitsubishi UFJ, according to a statement Tuesday from Fairfield, Connecticut-based GE that didn’t disclose the size of the investment.